Why Should I Study English in the UK?

The United Kingdom of Great Britain and (later) Northern Ireland is one of, if not the oldest surviving nation in the world today. Its birthday was 1st May 17071, when the governments of England and Scotland agreed to unify under one democracy. England and Scotland themselves go back way further!! The UK is the birthplace of modern English, its grammatical and lexicographic framework, and, indeed, the decades of the British Empire that followed brought English to new cultures around the world with English eventually becoming the dominant second language of our globalised world. So, what are the benefits of learning it on the same lands that saw its development? 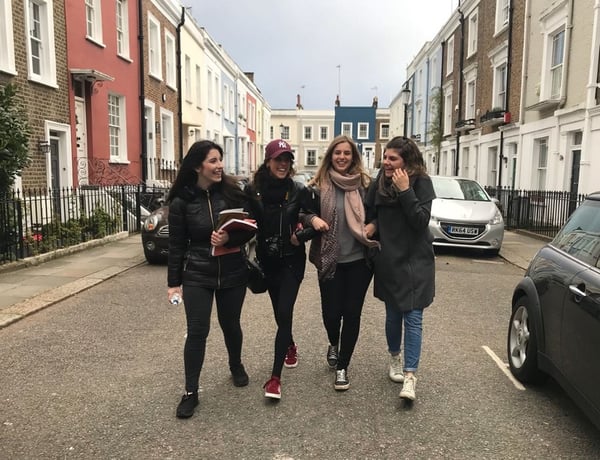 A global centre of culture, commerce, and co-operation

The British Invasion of the 1960s was a US cultural event where British musicians (starting of course with the Beatles!) began to dominate the US album charts. Many of the western world’s greatest works of literature come from Britain’s shores. London is home to a 1:1 scale rebuilt Globe Theatre, where, in the 17th Century, the works of Shakespeare were originally performed. Shall we compare London to a summer’s day? Also, many of the world’s best TV Dramas and Films are produced in Britain’s shores, from James Bond, to Star Wars, Kingsman, and event parts of Game of Thrones were filmed in Northern Ireland! From theatre, heritage literature, music and film – the UK’s cultural offering is world-class.

A History of Innovation, Ideas, and Institutional Excellence

Several of the top universities in the world are based in the UK2, as well as the oldest. The Universities of Cambridge and Oxford are both over eight centuries old. This devotion to thought, science and education led to some of the world’s most important inventions – such as steam power and the train locomotive, the industrial revolution and the invention of machines for mass production of goods. In central London lies one of, if not the most instrumen­­tal financial market on the planet.

So, why study English in England?

Across the four nations of the UK (England, Wales, Scotland and Northern Ireland) you’ll find a variety of different accents and dialects, each offering their own tweak on the English Language. Everything from RP (Received Pronunciation or ‘the Queen’s English’) to Estuary English in Essex and London, ‘Brummie’ English for the Midlands and Birmingham, and Northern Dialects from the Newcastle, Manchester and Liverpool metropolitan areas.

This is English at the source. Choosing to learn English in the UK is a choice to spend every day speaking with a friendly and welcoming people, while learning more about and becoming immersed in the rich culture and heritage that comes with living in one of the most mature countries on the planet.

Want to learn English in London? Perhaps enjoy beauty and history while on one of our English courses in Cambridge? Whatever your choice, we’re here to help you decide what’s best for you right now – so don’t be shy, ask a question!