In Canterbury we have an interactive experience in the heart of the city centre – The Canterbury Tales was founded in 1987 and is the second oldest attraction in Canterbury. The Canterbury Tales tells stories written by Geoffrey Chaucer, one of England’s most famous medieval writers, as he and other pilgrims travelled to Canterbury to worship at the tomb of Thomas Beckett.

Visitors become pilgrims themselves and walk alongside costumed guides, revelling in recreated medieval scenes as five colourful tales of love, infidelity, intrigue, courtship and death are brought vividly to life through the sights, sounds and even smells of medieval England; a unique and theatrical introduction to Canterbury and its famous literary connection.

Pilgrims to the Canterbury will hear the following tales:

The Knight’s Tale - The Knight is the first to tell his tale. It is a story rich in love, rivalry and chivalry.  Two men fall in love with the same beautiful young girl.  But who will win her heart?

The Miller’s Tale - A bawdy tale telling a rather different story of love.  A deceitful clerk tries to have his way with the carpenter’s wife – and gets his just deserts! 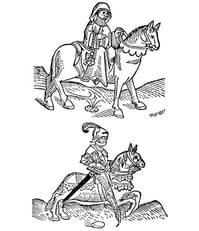 The Wife of Bath’s Tale - This tale asks the question to which every man would like the answer ‘What do women most desire?’ The Wife of Bath should know she’s had five husbands!

The Nun’s Priest’s Tale - A farmyard fable.  Can Chanticleer the cock outwit the cunning old fox, or will he become his next meal?

The Pardoner’s Tale - A thrilling tale of death and trickery and one which will leave you with a slight tingle down your spine. The tale has an unexpected ending – watch out!

Geoffrey Chaucer was born in London around 1343 AD and was a poet of the Middle Ages. He married Philippa Roet when he was 23 and is thought to have fathered three or four children. He had various successful professions; in 1386 he served as a Kentish MP and the Justice of Peace. He also held posts serving Edward III and Richard II; however Chaucer disappeared off the records in 1400AD and is thought to have died around this time aged 57. He was the first poet to be buried in Westminster Abbey at Poets’ Corner.

In the Medieval times most people couldn’t read or write which is why we have stained glass windows and wall paintings telling many stories. Chaucer wasn’t a professional writer he wrote mainly for his own pleasure. 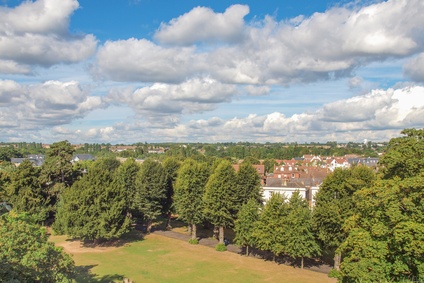 The Canterbury Tales are not just stories; they are comments on English society at that time.

The Canterbury Tales make me think about how words have changed. Lots of words change their meaning over time! Below are examples of words used in Chaucer’s times and how they have changed, some of them might surprise you! This is what they used to mean:

Nice: Silly, foolish, simple – far from the compliment it is today.

Wench: A shortened form of the Old English word wenchel (which referred to children of either sex), the word wench used to mean “female child” before it came to be used to refer to female servants — and more pejoratively to wanton women.

Naughty: Long ago, if you were naughty, you had naught or nothing. Then it came to mean evil or immoral, and now you are just badly behaved.

Guy: This word is an eponym. It comes from the name of Guy Fawkes, who was part of a failed attempt to blow up Parliament in 1605. People burn his effigy, a “Guy Fawkes” or a “guy,” on the 5th November bonfire night and from there it came to refer to a frightful figure nowadays it also refers to men in general.

Bachelor: A bachelor was a young knight before the word came to refer to someone who had achieved the lowest rank at a university — and it lives on in that meaning in today’s B.A. and B.S degrees. It’s been used for unmarried men since Chaucer’s day.

Clue: Centuries ago, a clue (or clew) was a ball of yarn. Think about threading your way through a maze and you’ll see how we got from yarn to key bits of evidence that help us solve things.

Do you use any of these words today? Let us know in the comments!